The debut issue ON SALE NOW!

The debut issue from master of horror Cullen Bunn (Venom) and acclaimed artist Jon Davis-Hunt (Clean Room) goes on sale April 28th. To celebrate the upcoming SHADOWMAN series, Valiant Entertainment is pulling fans into Shadowman’s terrifying world with a brand-new trailer, provided above. The new video offers a taste of what fans can expect from the series: supernatural suspense and horror with some superhero action. Enjoy! 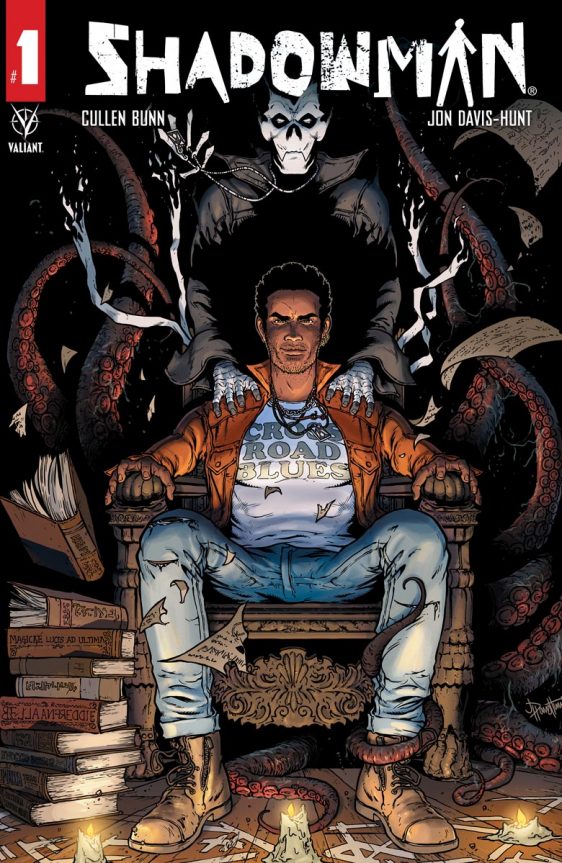 SHADOWMAN #1 Cover A by Jon Davis-Hunt

In a recent interview with CBR, Cullen talked about how SHADOWMAN #1 is the perfect jumping-on spot whether you’re a longtime fan of the iconic character or if this is your first time reading his stories. “This is a new approach to Shadowman. He has a new lease on life, a new grasp of his powers, and a new mission. For longtime readers, there will be some surprises. For new readers, this will be an introduction to a new kind of hero and a new kind of superhero/horror tale. For both, it’s going to be exciting. There will be mysteries aplenty. Lots to talk about.”

SHADOWMAN #1 is currently available for pre-order at a comic shop near you and via ComiXology. See below for more information on the upcoming comic.

Jack Boniface is SHADOWMAN, a powerful protector who keeps humanity safe from the demons that claw at the fabric of our reality.

The forces of darkness are awakening and they are hungry for life. Will Shadowman be able to save us all, or will the darkness devour the world as we know it?