The Tradition of Mistletoe at Christmas

Mistletoe is a plant that grows on range of trees including willow, apple and oak trees. The tradition of hanging it in the house goes back to the times of the ancient Druids. It is supposed to possess mystical powers which bring good luck to the household and wards off evil spirits. It was also used as a sign of love and friendship in Norse mythology and that’s where the custom of kissing under Mistletoe comes from. 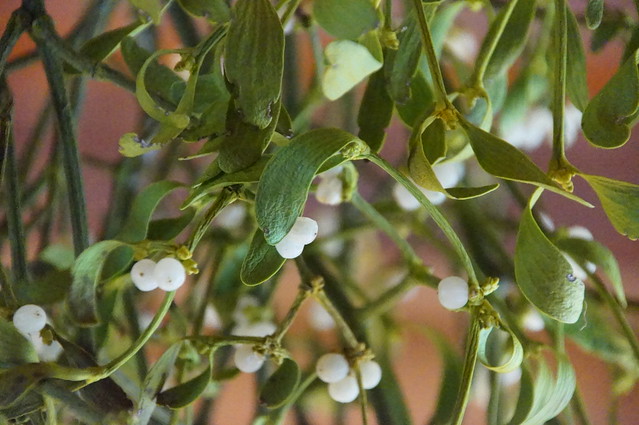 When the first Christians came to Western Europe, some tried to ban the use of Mistletoe as a decoration in Churches, but many still continued to use it! York Minster Church in the UK used to hold a special Mistletoe Service in the winter, where wrong doers in the city of York could come and be pardoned.

The custom of kissing under Mistletoe comes from England. The original custom was that a berry was picked from the sprig of Mistletoe before the person could be kissed and when all the berries had gone, there could be no more kissing!

The name mistletoe comes from two Anglo Saxon words ‘Mistel’ (which means dung) and ‘tan’ (which means) twig or stick! So you could translate Mistletoe as ‘poo on a stick’!!! Not exactly romantic is it!

Mistletoe was also hung on the old English decoration the Kissing Bough.